Interview with François Caron, CEO and founder of Empreinte.com a French digital company that has been offering quality solutions in the field of video (web conferencing, etc.) for over 20 years. The company has also just released www.webinarplease.com sovereign webinar solution. So, there are robust and efficient solutions in this field too without having to go through the #gafam!

[Emmanuel M]: Hello François, and first of all thank you for this interview. Could you give me a quick summary of your background?

[EM]: If you had to describe empreinte.com today in a few numbers, what would they be?

[FC]: More than 250 customers, including 50 active ones, all large accounts and 80% with video infrastructure and software issues, who rely on us every day to make sure that everything works, both for the IT department, the security department, and the end users (marketing, HR, training, communication, etc.).

[EM]: In this entrepreneurial adventure, was the dimension of independence from American technologies a central element or rather an accessory?

[FC]: Essential, none of our customers will take the risk of exposing sensitive content and none of them will waste their time asking for specific versions from very unagile companies… if I sum up we bring what American companies don’t!

We are working on a more reliable and simpler “universal video solution”.

Our ambition is to become a European player, the technological work is there, we still have to work on our distribution network and our partners.

[EM]: The pandemic crisis has had the effect of an electroshock, it seems that we are waking up with a hangover from the loss of technological and industrial sovereignty, what is your position on this subject?

[FC]: It’s because of not having worked and dreaming too much about startups…

Decision-makers lack culture: the criterion is not fundraising but technological capacity and market position.

For example, our client, a global business organization, has gone from 1000 to over 5000 conferences annually without any difficulty because our technology is simply reliable and scalable!

[EM]: It seems that the American and soon the Chinese digital giants are going to share this new territory, which is the digital / virtual space. Can Europe, but especially France, still play a role other than a marginal one?

[FC]: Some of our customers have already started to replace teams and others with our solutions because they are integrated, secure, controlled…

Once again, it is above all the economic and political decision-makers who must evolve. This is a great opportunity for European companies, but investors and decision-makers need to be more pragmatic and go back to school from time to time and to the real market of companies that have been making the market for 10, 20, 30 years…

There is no miracle Google, Microsoft and others have vegetated for 20 years before really taking off… In France there are many nuggets for those who know how to look.

[EM]: When we talk about digital sovereignty, most people see it as an industrial and economic issue, do you share my questioning about the survival of cultural diversity?

[FC]: Let’s talk about independence, autonomy and taking control of our destiny, our economy and our culture.

English includes 60% of French words, the US owe us everything: computers, audiovisual, cinema, they are (like the Chinese) formidable businessmen, but not real initiators, creative… and besides, if you go to Manhattan or Los Angeles the American model makes you cringe…

The future of the planet is not the single American or Chinese model, but diversity. Moreover, as in the US, in France, the greatest artists and scientists are often not “pure souche”.

I believe in mixing, diversity, exchanges, sharing, chance, I don’t believe in the God of industry, nor in the Religion of the US digital, these ready-made recipes are without added value.

[EM]: So we feel an awakening, even if it is late on sovereignty. French digital actors have joined together in the form of the PlayFranceDigital collective. Despite all the limitations that a collective can have, what do you think of this initiative? Will it succeed in moving the lines?

[FC]: Maybe if some of them get over their egos. To sum up, an Asian would say that a well-balanced man who thinks about the collective has everything to succeed. A Frenchman is too emotional and individualistic. Look for the error…

It will work if the synergy exists between the actors, let’s not forget that to move the lines, it is advisable to move oneself… Avoiding to talk about sovereignty by using Zoom and Youtube would be a minimum…

Weaving a real business between French actors would also be very useful, and for that we need more commitment, less blabla…

[EM]: One of the key demands of the collective, to which I adhere 100%, is that 50% of public orders (national or territorial) be reserved for French digital actors. What do you think about this?

[FC]: This claim is non-negotiable! Our products are often equal to or better than foreign offerings, with a superior quality of service. The snobbery of buying American is ridiculous, irresponsible.

We have just replaced a (big) American player… The Social Ministry regularly broadcasts Olivier Véran in Low Latency streaming with more than 6,000 connected users. Our solution is cheaper, closer to the user, so it’s a good deal for everyone!

Buying American is reassuring, we tell ourselves that if there is a bug we won’t get fired, it’s really absurd… This conformism is above all a lack of competence and involvement.

[EM]: But it’s not only the public sector, in many other countries, large groups rely on a network of very small and medium-sized companies forming a solid and constructive ecosystem (e.g. Germany or the US), can we achieve a similar result in France?

[FC] : I refer you to my remark on the “French panache”, we must above all work in the collective, that is to say, work more frankly between Europeans: passing commnads and also working between colleagues with a will for excellence.

In the food industry, producers and restaurant owners do not have this problem. In the digital world, everyone wants to do everything cheaply and alone, which is quite an explanation… An ecosystem is obviously the only way to increase our collective skills.

[EM]: Another concern is the financing of young companies, not in the early or late stages, but more in the intermediate stages, the famous “valley of death”. Do you think that we could manage to gather “sovereign” investment funds in order to avoid the departure to the American Eldorado?

[FC]: Today we have the problem of either selling a very good price to the Americans or being told that we are not a startup and that our experience is not worthwhile.

Unicorns are for little girls, not for experienced men. I don’t believe in fairy tales. I want to participate in an economy made of an ecosystem without holes in the racket, without tongue in cheek and without pretense.

I don’t see the point in buying a Porsche to drive on roads full of holes, because of the lack of a prosperous economy… It is indeed time to work in the long term on an ecosystem where collective utility and common future meet.

[EM]: Many see the RGPD as a constraint that penalizes business, but isn’t it also a tool for sovereignty and protection of European citizens?

[FC]: The RGPD is clearly a tool of protectionism, let’s not mince words.

Protecting the citizen, as well as our economic actors is a minimum, the RGDP is a minimum, I would even say a start. A good start, finally!

[EM]: We are coming to the end of our interview, what would be your conclusion?

[FC]: The motto of the Kings of France : Who wants can ! I will never give up my convictions and will not sell my future, that of my children, I want to be autonomous and useful. 40 years that it lasts! and still not tired 🙂

I wish the same passion to all my colleagues, the only motivation that animates also my collaborators.

Being useful, in my eyes the only thing that gives meaning to life.

Interview with Benjamin André, co-founder of Cozy Cloud, for a sovereign private cloud. 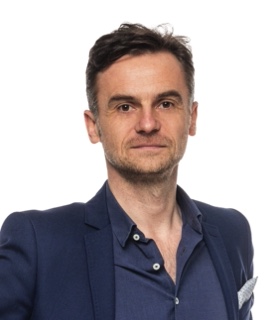 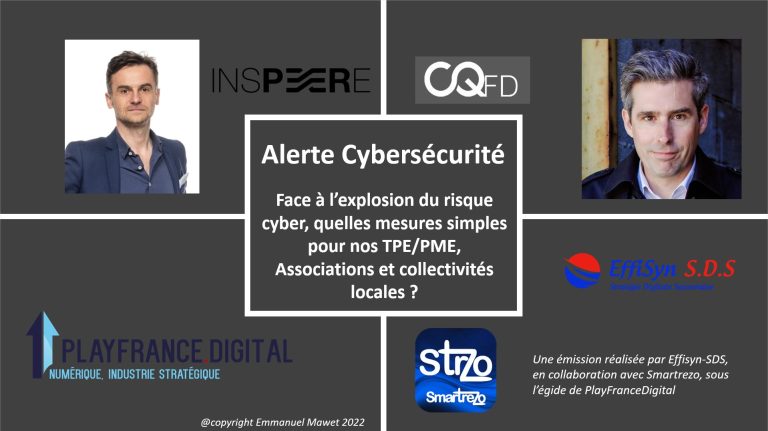 Cybersecurity ALERT – Faced with the explosion of cyber risk, what simple measures can be taken by our VSEs/SMEs, Associations and Local Authorities