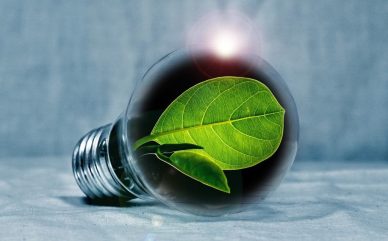 Faced with environmental challenges, many debates are taking place on the need to review our model of society and in particular our consumption model. In this article, we will not touch on the thorny ideological debate, which encloses each camp in the feeling that only it holds the truth.

Small steps rather than big upheavals?

In the environment sector, French start-ups are innovating. And each in their own way, they provide pragmatic solutions that put end-to-end allow to change a certain number of paradigms.

I would not return to the subject of 3D printing, especially in the area of housing, which offers real new horizons, through the reasoned and local use of the raw materials necessary for the realization of houses, with an Italian experience interesting (journal du geek)…

Today, I will focus on another French Start-up, from Auvergne which offers a most interesting innovation and which could be THE Solution to plastic pollution (LeMonde). Indeed, the major innovation offered by this company would make it possible to provide an attractive efficiency in the recycling of plastic.

Hour joung shoot Carbios®, in collaboration with the INRA of Toulouse has developed a new process which makes it possible to digest plastics (PET) and reduce it to its smallest precursors through the use of an enzymatic process. These precursors can thus be used for the manufacture of new plastic (with the same physicochemical properties as during an initial production), without the need to add newly produced plastic, as in conventional recycling processes.

The company to announce a pilot project with TechnipFMC® to build a demonstration plant on the TechnipFMC® site in Lyon, in order to demonstrate the feasibility and value of enzymatic recycling of PET. If the results obtained in the laboratory are confirmed in this pilot, this would open up interesting perspectives…

It is true that in the questioning of the all-plastic policy, we can say, so what? In fact one does not prevent the other, and if it is undeniable that we must reduce our addiction to plastic and return to a sobriety on the packaging using it, as this article shows very clearly of Ouest-France. We can also act on how to better recycle plastic, and in doing so, we will obtain several beneficial effects: reduction in the production of plastic from carbon sources, drastic reduction of waste released into nature. (91% currently are still not recycle – National Géographique) by a major interest in its recycling, relocation of sources of raw materials for the production of recycled products (with properties identical to a de novo product). Because if you look closely, that’s what Carbios® offers.

It should be remembered that the objective in France is ambitious, we want to recycle 100% of plastic in France, while we barely recycle 20% in 2018. This also shows that Carbios® is in a market segment which can only grow in France but also internationally. Which is rather a good sign for the future developments of this company.

It is crucial to encourage the emergence of such innovations on our territory, as this allows two problems to be addressed:

These are key elements necessary for the creation of the industry and economy of tomorrow, so it is important to prioritize and protect our businesses in this area too.