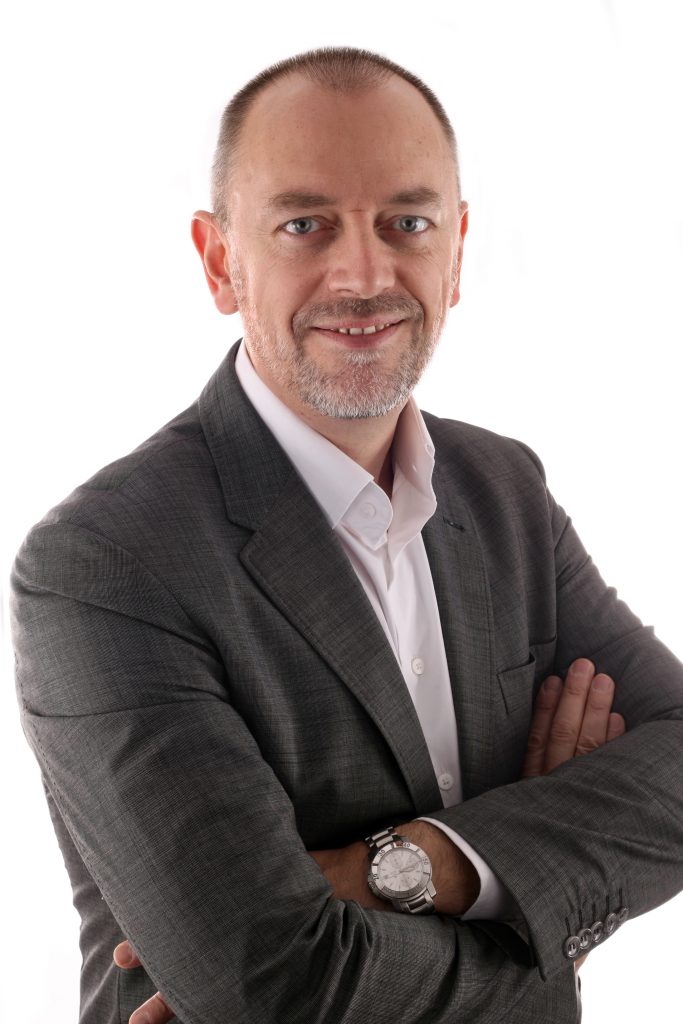 Interview with François Bieber the owner and founder of Kwanko. His entrepreneurial skills have allowed him to build an international company in the field of digital marketing, with recognized know-how. We’ll talk with him about his story and also about Digital Sovereignty.

[Emmanuel Mawet]:  Hi François, I am delighted that you agreed to answer this interview. Could you please tell us about your career as an entrepreneur in a few key points?

[François Bieber]: Hi Emmanuel. Thank you for your invitation. I have not always been an entrepreneur, since after my engineering studies, I joined a strategy consulting firm. I stayed there for 8 years and then joined a bank for 3 years. In 2003, my desire to create my own company was stronger than anything else. I had an idea related to personal data for 6-7 years and I launched it. Unfortunately, if the concept would be fashionable today, it was too early. After a few months, my partner and I pivoted to performance-based digital marketing. We launched the NetAffiliation platform, now Kwanko, in January 2004. Since then we have experienced a strong growth:

This journey has of course had its pitfalls, its failures, but we’ll come back to that. I am always inspired by this quote, “success is just having more successes than failures”.

[EM]:  Could you describe Kwanko today in a few key figures? What are the achievements that matter the most to you?

[FB]: Today, Kwanko has a turnover of more than 40 M€, more than 140 employees and a presence in 8 countries. There are many achievements that count in my eyes, but the one that is the most fundamental for me is the path taken with all the collaborators…

[EM]: What are your ambitions for the years to come?

[FB]: We are now in a phase of market transformation. The combination of the Covid crisis and the resulting mutations, as well as the technological mutations (GDPR, e-privacy, …) create opportunities. For Kwanko, it is the opportunity to conquer new customers and new markets thanks to the technological investments we have made. Our ambition is to create more and more value for our customers, thanks to our know-how and expertise. We are also facing the challenge of the “concentration” of the Internet due to the GAFA. Our role is also to help many players to emerge, facing these heavyweights.

[EM] : I am forced to ask you the question, the current pandemic, what impacts?

[EM]: This pandemic has highlighted some of our industry’s weaknesses and made us aware of our dependence. For you, is digital sovereignty a question you’ve ever asked yourself?

[FB]: For me, the subject of digital sovereignty is a political subject, which is brandished on TV shows. As is often the case on these subjects, the discourse is “totally out of step” with reality. I will take 2 examples:

So for me, the digital sovereignty speech would make sense if politics was already doing its fundamental job: regulating the market to ensure fair competition conditions. Today I see that it is unfortunately the opposite: being a French company in digital (and probably in many other fields) is a handicap… The French should be proud of their companies because they manage to be competitive, to contribute to the functioning of the country, while the state regularly creates new handicaps for them.

[EM]: For you, is the question of the sovereignty of your hosting solutions an important issue or one that could eventually become important?

[FB]: The question of hosting is indeed more a matter of sovereignty, but mainly because of the laws of certain countries, notably the USA. This concerns two aspects, data protection and the notion of extraterritoriality. Here again, it is a question of regulation by politics. The Alstom case is a textbook example of the use of the “legal” weapon in economic warfare. As long as Europe cannot understand that global economic changes are based on power struggles, and that consequently, it is necessary to be strong to preserve the proper functioning of market rules. If we look at the digital domain, we can see that the USA, China and the USSR have players capable of playing in the global competition. Europe has not been able to regulate the functioning of its own market in the face of distortions of competition. On the contrary, it has put in place laws that weaken its best companies: just look at the impact of the GDPR on one of the emblematic companies of the sector, Criteo.

[EM]: On this aspect of digital sovereignty, we often focus a lot on data. Before answering technically, Europe has put in place the RGPD, what has been the impact of its application?

[FB] : As is often the case in this area, the road to hell is paved with good intentions. The RGPD is a worldwide progress, which has been taken as a model by other countries (Brazil for example). There are many elements that are a real progress, I will mention 2 of them:

Then, when I say that the road to hell is paved with good intentions, it is because there is the law and its application. On Spam, for example, the CNIL does not do its job. On the other hand, it will go and sanction companies on points of interpretation that are very contentious, but then the company’s reputation is tarnished.

I think that the issue is not so much legislative as it is in the design and application of the law. In Germany, for example, there is a consultation between the state and the companies to measure the consequences (positive and negative) so that the policy impacts positively on the economy.

[EM]: Since last summer, a decision of the Court of Justice of the European Union (CJEU), has challenged the Privacy Shield, and undermines the exchange of data with the United States, what are the impacts you see?

[FB]: As always, we are very good in Europe and in France in particular, at setting constraints/requirements that only apply to European or French companies, but not to international competitors. The Privacy Shield was going in the right direction and now it lacks consistency.

[EM]: This awareness of the issues is reflected in the organization of a collective of several French digital actors, PlayFrance.Digital. What do you think of this initiative?

[FB]: I think that these collectives are going in the right direction and are useful. The basic problem is the role of the French and European regulators, who have not understood two things: their role is to ensure the proper functioning of the European market and to ensure that the European economy develops. Until now, the regulator has “offered” more favorable access to international players than to European players. The example of the domination of GAFA in Europe is typical: they have done their job to build a monopoly and kill competition, they have benefited from more favorable tax rates than their European competitors and a total absence of regulation by the authorities… As a result, while Europe is teeming with start-ups and scale-ups, no champion can emerge… And when a company has the potential to emerge, it is either bought out or the regulator makes sure to pull the rug out from under it.

[EM] : We are coming to the end of this interview, what would be the conclusion you would like to bring?

[FB] : First of all, I would like to thank you for this invitation. And to conclude, I think it’s important to mention that Europe has many strengths in the digital field, extraordinary creativity, which is why I remain fundamentally optimistic. There are cycles in digital and I hope that the next few years will see the emergence of strong value-creating players.