For many, my fight to maintain or rather regain our digital sovereignty is a vital fight. I know that for many, this seems backward and futile. In this article, I will try to show you an angle that is not often discussed, and you may agree that it is finally a fight to be waged.

I will not go back in this article to the industrial aspects which are certainly also vital from my point of view, but which are not the subject of this article. We will not discuss the cultural and educational aspects either. Finally, all those subjects such as economy, culture, democracy and technology where digital sovereignty is crucial will not be covered here.

No, the angle from which I seek to approach digital sovereignty is that of our national defense, which is not only one of the regalian pillars of French democratic power, but which in itself is a crucial sovereignty issue.

This may seem rather abstract to many of us, but since the French government stopped nuclear testing under Chirac (just after a temporary resumption in 1995), the maintenance of our nuclear capability depends on our ability to model and simulate the tests. To do this, we need top-level supercomputers. This is why Atos and the CEA are cooperating to offer an EXA1 computer, the most powerful and most economical in Europe (Silicon – 17 nov 21), which plays an essential role in the operational maintenance of our nuclear deterrent…

The Air and Space Force

In this day and age, it is important to have a robust industrial tool that allows us to master the complete chain required to build a complex weapon system such as a modern combat aircraft.

Where does digital technology fit into all this?

First of all in the design of the various classical elements of the aircraft (empennage, wings, fuselage, etc…) it is necessary to use computer-aided design tools. And in this field we are lucky, because we have Dassault Aviation which has its own tools, and which was able to make a spin-off Dassault Systems which was thus able to bring its expertise in several industrial sectors (automotive industry, but also health).

But digital technology doesn’t stop at aircraft design, it also plays a role in engine production, especially in engine design. The Rafale is equipped with two Snecma M-88 engines, which have been merged into the Safran group. Safran is not only responsible for the engines, but also for the digital flight controls and all the instrumentation needed for the aircraft to fly.

We also have the radar, which is a key element of the weapon system. Originally (1991), the RBE2 developed by Thomson and Dassault Aviation was one of the very first multifunctional radars with extended versatility. It was replaced in 2006 by the RBE2 AESA developed by Thales. Here too, digital technology plays a key role, given the enormous amount of data to be analyzed, processed and transformed into relevant information for the pilot.

I am not talking about the high-speed connection systems that allow interfacing with various external systems such as awacs (radar aircraft), ground troops, underwater reconnaissance equipment, optronic equipment, and of course missiles, etc…

So you need to be able to have data communications and processing networks but all in a hypersecure mode. As you can imagine, real-time data analysis and cybersecurity technologies are key in this area. Thales plays an important role in this component, in particular with its Defense Cloud offering made available to NATO (Le Figaro 25 jan 21).

Given the evolution of international tensions and the competition between the different forces involved, the United States, China and India for example, we have had to include the space component in this army corps. Space is becoming more and more militarized, and the importance of being able to protect our communications and observation systems, which rely on our satellites, is a major concern.

The Royal (our navy)

Once again, the need to have computers capable of processing the enormous amount of data in real time is crucial.

There are two components at the Royal Navy, to put it very roughly. There are the surface units and, of course, the submarine component… And here again we have a field of excellence with Naval Group, which produces combat ships with innovative capabilities.

Here again, interoperability with other armed forces is critical, and here again the major player in our defense industry, Thales, has been called upon to implement the SYRACUSE secure satellite communication system. (Businesswire 18 Fev 21)

It should be noted that modern warfare requires electronic warfare and cyber defence components. The arrival of the new frigates, the FDI (Frégate de Défense et d’Intervention), offers important capabilities in this field, due to their design, which has been digitally oriented from the start. Each of these units contains 2 data centers on board (Challenges 24 oct 19).

This component, often considered less technological, has also undergone a digital transformation. Even if to be honest the communication component has always been an important part of this weapon.

This transformation is made visible in particular through the Scorpion program, which includes the three new armoured vehicles (Griffon, Jaguar and Serval) as well as the renovation of the Leclerc tank. The main feature of this program is the new information system component SICS, which offers the potential for deep joint integration at the tactical level, providing the necessary operational, combat and command tools for collaborative combat. The Army has many high-performance weapon systems that require the use of information technology and real-time massive data analysis, enabling high-precision artillery fire in particular (système ceasar).

The evolution of the geostrategic environment with a higher probability of high-intensity conflicts makes its evolution more critical. The need for high interoperability between each of the army’s components, with problems of real-time information processing capacity, information and communication security and system resilience.

All of our components need to use new weapons systems, which make use of new technologies and digitization. This breakthrough in new technologies is reflected in the increasingly massive use of air, land and naval drones. In these sectors, we find established industrial players such as Thales or Naval group, but we also find civilian players such as Parrot. We also have the development of equipment to help the military whether they are infantry or for other tasks, thanks to the arrival of exoskeletons.

The development of start-ups in the field of defense is also key, as I already had the opportunity to mention in a previous article (Effisyn SDS 9 – nov – 2021) where several innovative start-ups were highlighted such as Preligens (previously named earthcube) which has developed algorithms for the tactical and strategic analysis of space imagery required by the army. Let’s also mention Unseelab specialized in maritime surveillance, Aleph (GICAT group) specialized in cybersecurity, or even Cerbair start-up that offers solutions to combat the threat of drones, but they are not the only ones!

There are other less flamboyant areas where innovations are important, for example with the use of 3D printing to facilitate and rationalize the maintenance of Rafales, proposed by Dassault.

Faced with the profound changes implied by digitalization, the Ministry of Defense has set up its Defense Innovation Agency, as well as the famous “Red Team” to try to anticipate the threats of tomorrow…

The two lessons I draw from this brief overview of national defense, is that first of all, digital technology has spread to all strata of society and that defense is not exempt. This has consequences, if we want to keep our geostrategic independence and our ability to defend ourselves. Without digital sovereignty, we will be subject to or dependent on technologies from supplier countries that may not or no longer have convergent interests with us, or even divergent interests. Not to mention the dependence of our civilian infrastructure that could be used as leverage against us.

The second lesson is that innovations initially produced for the benefit of defense diffuse into the civilian sector and stimulate it. It is therefore regrettable that banks do not play their role in this sector. Any start-up that goes under a foreign flag because it has not received the support of French banks is not only a loss at the defense level, but also at the civilian level, not to mention the industrial and economic development opportunities that go to other economic climes..

Finally, it is regrettable that minority activists, often directly or indirectly driven, are able to dissuade the major French banks from disdaining investment in this sector critical to our sovereignty. This state of affairs is forcing the government to set up alternative financing methods, such as the Definnov defence investment fund (Opex – 4 dec 21)

National defense is therefore also one of the levers on which we must build and strengthen our digital sovereignty. 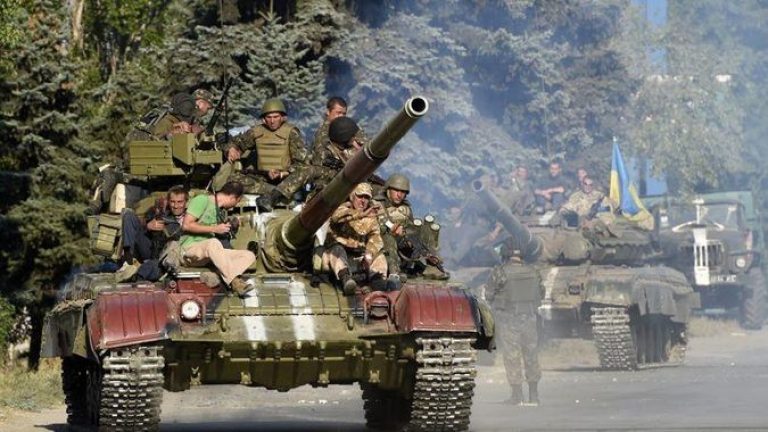 ALERT – Ukraine: a Digital War led by Russia could paralyze VSEs – SMEs – SMIs – Industries but also our town halls and other institutions.