All branches of the industry without exception are affected by the digital transformation. We are now talking about industry 4.0, but behind this “marketing” name, what are the innovations behind it, and which are changing the very way of conceiving the industry? As often, the movement is made by a wave of “buzz words” which at times hides the real breakthrough innovations which on specific use cases show all their relevance. The diffusion of these innovations is rarely exponential and goes through phases of ebb and growth…

It should be noted that on these subjects also the question of digital and technological sovereignty arises. And we are also fortunate in these sectors to have established companies or French start-ups that offer real innovations. It is therefore necessary to identify them, and encourage the creation of a perennial ecosystem, indeed these innovations will allow us to preserve or regain autonomy and our industrial sovereignty undermined by the systematic relocations of these last years.

This article will not give an exhaustive review of all the innovations, but will highlight some examples which seem to me emblematic of the changes to come.

The first example that comes to mind is quite emblematic and resonates with other movements in other sectors because based on “the new black gold” of our time, the data. Indeed thanks to multiple advances in detectors, data collection, and “Big Data” analysis, the concept of “Digital Double or Twin” comes. This new concept saw its emergence confirmed during the CES 2019, with the emergence of Start-up, such as the one in Bordeaux Fieldbox.ai.

But what is it about? The accumulation of data from the sensors makes it possible, thanks to dedicated algorithms, to propose real-time modeling of the factory and the assembly line in order to produce a digital double. This allows actors to improve their operational efficiency, but also to gain flexibility and anticipate crises, or even measure the impact of changes, such as adding new machines when changes in production lines are to be planned. . However, we should not forget other French flagships, who are undisputed leaders in their field, such as Dassault Systèmes®, spin-off de Dassault Aviation, specialized in 3D simulation, which offers a range of proven solutions in different industrial fields: Defense, Health, Aviation, Automobile, etc.

The second example that I find very promising is 3D printing, we have a few French companies that offer 3D printers (Volumic, Stratomaker, Prodways, 3DCeram …)   This innovation is showing its relevance in several cases of emblematic uses. We find these uses in the industry of course, in the creation of parts which initially were rather limited to maintenance, in order to facilitate its operations and even to rationalize the costs… We saw it in particular in the automobile sectors and aeronautics. But more and more industrialists use it in their production processes, because 3D printing makes it possible to produce parts that are just as resistant, but using less material, which is impossible with conventional industrial processes.

A second industrial sector which has seen its share of innovations related to 3D printing, is the field of Health. Solutions are proposed to allow the printing of prostheses or to replace the plaster for fractures or even help with the fracture strengthening.

The French Start-up Poetis was able to arouse the interest of the media by developing a 3D printing process which makes it possible to reconstruct an epidermis in all its complexity with a medical application for burned victims, concept undergoing validation by a clinical trial. But in this area we also have other French players as Labskin. This is a promising sector, which we must irrigate so that its growth can continue, but which shows the dynamism of French research and its capacity to innovate.

The third example which may seem in some way futile, because it is first of all the use of leisure that has exploded its use, it is Drones. In the field of leisure, we have a French company which is Parrot®, but we also have other actors less known to the general public, but who are actors recognized as DroneVolt®, in the field of civil drones. There is however a strategic sector where French companies are still little or not present, it is the military drones, and here this plays however major geostrategic stakes, or all the blows are allowed on the side of our “American allies” … If the France alone may seem destitute, it would be important to have sustained European initiatives and in which the manufacturers themselves play a driving and reasonable role, which is unfortunately questionable concerning feedback on the program Eurodrone and all the political turmoil it causes.

As we have seen, these few examples show the future or even immediate potential of these new technologies. It is therefore important, that we follow closely the evolution of these companies, that we make the choice here as elsewhere to privilege our national companies within the framework of public or private tenders. They will be our businesses of tomorrow, which will allow us to regain strategic autonomy, but not only, never forgot that any return of industrial production locally, creates an ecosystem of services and suppliers around them and therefore for each direct job created, there are several indirect ones created which will allow us to recreate a rich economic tissue in our regions…

It is therefore important that we become aware of this, and that initiatives at political and corporate level be taken in order to allow a French and European ecosystem of innovative companies to establish and grow supported by large groups. That financial tools be put in place to support the growth phases of these companies, because in France, if the means to finance are not lacking in the initial phases and development, there are holes in the racket on the subsequent phases…

But if that is necessary, it is not enough, we also have to become individual actors of these decisions by our consumer choices. This change of mentality will allow several benefits, at the level of employment and its social role, at the macro-economic level, a flourishing economy allows larger inflows of money into the coffers of the state and therefore allows to preserve our public services, but also an ecological benefit, in fact a relocation of the production chains, using new technologies more protective of the environment, will allow to find a good balance of our ecosystems. I know that this is an idealized vision of what could happen, but what would collectively prevent us from implementing it little by little. Just because things don’t always go as fast as we would like does not mean that we should give up.

Development of Drones, another facet of digital transformation 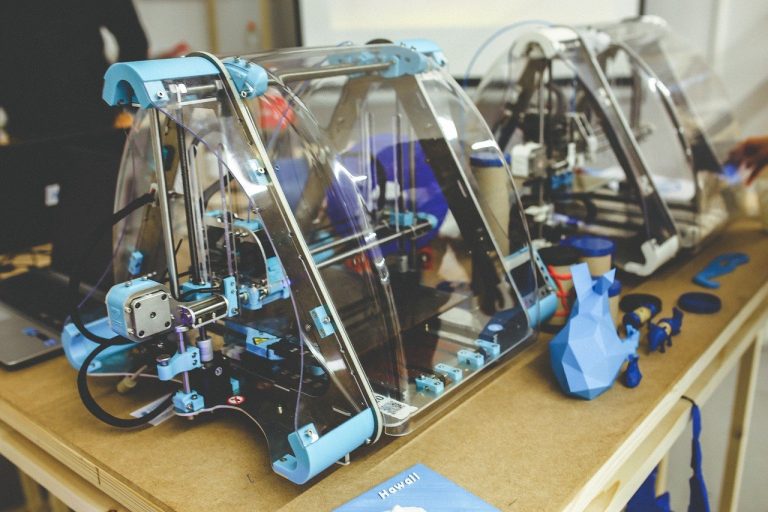