It’s been almost a year since I started writing a series of articles on digital and industrial sovereignty. It has been an exciting adventure and has allowed me to discover a French digital ecosystem rich in innovation and possibilities.

It is now time to tackle the subject of sovereignty strategy and its implementation. This is a task I will try to give substance to, and this article will be the first stone of it.

Sovereignty, what are we talking about?

This is a question that must be asked. Indeed, what do we mean by sovereignty? Is it a self-enclosure?

The answer to this question is of course no. It is above all a matter of becoming aware of all the issues surrounding us and understanding their impact on the functioning of our companies. And to have in mind what are our key resources, our key markets and how to put in place the elements necessary to maintain them.

For many managers, the purpose of contracting, by signing contracts with strong legal clauses, for services or supplies, is to protect themselves from all hazards. First of all in terms of price, but also in terms of delivery (frequency, quantity…) but also in terms of quality… This belief, however, has more to do with magical thinking than anything else. Indeed in case of armed conflicts, or diplomatic (embargo…), or natural or industrial disaster. Do you seriously think that your contract will protect you, especially if you depend on a single production or supply site.

On the digital aspect, think also about the consequences of having only one supplier for its digital solutions, whether it is American or Chinese. In the event of a trade dispute, what would happen?

A sovereign approach also means taking an interest in short circuits of local suppliers, culturally close to you, improving the chances of a good understanding of the problems encountered and a better adequacy of the solutions implemented, and who knows, a lower carbon footprint…

Sovereignty is a way to give yourself room to maneuver, independence and resilience in case of crisis.

Why build a digital sovereignty strategy?

To answer this question, let’s take an example that has been a problem for many years. GPS, which is an American technology, was for a long time the only one available on the civilian and military market. It is easy to understand that the day there is commercial or military friction, you end up with your systems and civilian or military applications in the tank, not really able to remain independent, right?

This example, which is easy to understand because of its civil or military repercussions, fully justifies that Europe has equipped itself with the Galileo system.

It is therefore important for any company’s management team to think about its geopolitical environment. This is a paradigm shift that most companies have lost the habit of thinking about… Indeed, managing companies solely on the basis of financial profitability often puts them at risk in the event of major crises: pandemic, economic, ecological or politico-military.

Indeed, a natural disaster, such as a tsunami or an earthquake, can completely disrupt a source of supply of a raw material, impacting for example the production of cell phones, computers or other products…

An armed conflict can directly or indirectly impact access to these same resources.

One can imagine that for software the problem is less, but it exists just as much… The threats are different, if you work mainly with American components, during economic sanctions you can be deprived of crucial markets for you… Worse, depending on the type of conflict you could lose access to services you are used to…

I’m not talking about the risks of siphoning your data in case of a trade war. The problem is the same when you use Chinese solutions…

While these situations may seem unlikely to occur, the current health crisis has shown us how vulnerable we are to devastating economic difficulties…

In these times of intense geopolitical instabilities, the risks are increasing, the stretching of production and supply chains over the whole globe, with a productive industrial concentration in certain geographical areas increases the vulnerability of our companies and economies. And I haven’t even touched on the ecological subject, which alone would deserve an in-depth study.

Which choices for a consolidated sovereignty?

I will probably disappoint you, in this section, I unfortunately have no miracle solution. Indeed, some technological choices can only be made by resorting to “non-sovereign” technologies, because sovereign technologies would either be unfinished, or too expensive…

But having a policy of sovereignty, especially digital sovereignty, is a bit like in agriculture, either you only look for a high yield and therefore do monoculture (only one ecosystem, only one supplier…) And in case of an attack on your ecosystem you are helpless…

Or, you avoid monocultures of a single species, of a single genome, which allows you to increase your resilience in case of unexpected crisis.

If we transpose this image to the digital world, it probably means going against the current dogma which is to simplify by limiting the number of different technologies and systems implemented in the name of the sacrosanct “rationalization”.

Having a sovereign digital strategy means asking the right questions:

I have tried to give a quick overview of the different elements to consider in order to set up a strategy of independence and digital sovereignty. What are the questions to ask for what objective?

And as with everything, it’s a question of balance. Often the easy way is to take one platform for everything, and we can see that players like Microsoft or Google for example enrich their platforms with a multitude of applications to keep you “captive”. So, without even getting into the sovereignty debate, is being dependent on a single supplier or technology, no matter how good, reasonable in terms of supply strategy for the company?

Isn’t digital sovereignty the necessary tool in the company’s toolbox to facilitate its resilience and fit into a global long-term winning strategy for the company? 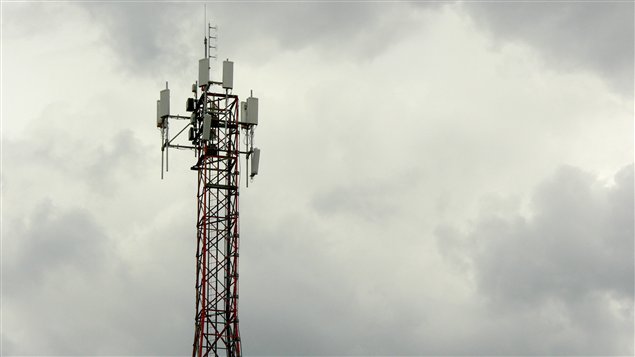