[Emmanuel M]: Hello Damien, and first of all thank you for granting me this interview. Could you give us a quick overview of your career?

[Damien Accorsi]: Hello Emmanuel. Thank you for offering me this exchange. I am the founder and manager of Algoo, an open-source software editor and in particular of the collaborative platform Tracim.

With a double degree in mechanical/microtechnical engineering and software engineering, I came to software publishing through a user-oriented career path. I went through all the technical software professions, and throughout my career I developed a focus on the user experience as well as on the sharing and dissemination of knowledge between collaborators.

[EM] : Could you tell us more about your Algoo adventure?

[DA] : Because of the two pillars of my career – user experience and knowledge dissemination – I started developing the Tracim platform as open source software. I created Algoo with the aim of carrying the Tracim project.

Algoo was thus born in February 2015 with a clear guideline: to become an ethical, independent open-source software publisher exclusively serving its customers.

Without an investor – it’s a militant choice – Algoo has grown organically, and its team now has 9 permanent employees and 3 interns, 2 of whom are pre-hires.

However, the Algoo adventure began well before the creation of Algoo, as the process of creating a company is a complex personal journey. Algoo is only the tip of the iceberg.

[EM]: Since the last few years, and particularly with the health crisis we are going through, the subject of sovereignty has become a major issue, what is your position on the subject?

[DA]: I created Algoo out of a desire for independence. This is one of the reasons why no investor is in the company’s capital. The idea of sovereignty is not new to me. It is also a founding characteristic of free software, which is at the heart of the Algoo strategy.

Today, data sovereignty is not guaranteed in France, neither for citizens, nor for the state, and very little for companies. The most sensitive actors on the subject are private companies subject to industrial espionage or working in sensitive fields.

However, this is a fundamental issue, as information is at the heart of the performance of companies. The “cloud” as it is massively developed today does not go in the direction of sovereignty.

[EM]: Could you give us an overview of Algoo in a few key figures ?

[DA]: Algoo was created in 2015, we will celebrate our 7 years of existence next February. The company now has 12 employees: 9 permanent employees and 3 interns, 2 of whom are pre-hires.

Algoo invests a lot in research and development, in particular on its collaborative software Tracim but also on reusable opensource bricks as well as in contribution on complementary projects.

The pivot from an “ESN” type business model to a “publisher” model was initiated in 2019. In 2020, 20% of the turnover is linked to the activity of open source software editor, 80% on customized projects. The approach continues.

Algoo generates about 30% of its turnover from exports, mainly in Europe today.

Today, Algoo is actively looking for distribution and integration partners for the Tracim solution on the French territory and abroad.

[EM]: At the beginning of last year, there was a stir caused by the decision to host the Health Data Hub on Microsoft’s Azure, on the pretext that it did not have the necessary European technical capabilities. What did you think of this issue?

[DA]: At this level, decisions are political and not based on technical feasibility. The European and French players have nothing to envy to the Americans except the trust that the government grants them.

This decision is a notorious disavowal of the French state towards the French economic actors, but also towards its own society. French citizens have given power to a state that does not respect the sovereignty of their health data. But this is nothing new. In 2017, the famous “Openbar contract” of the army with Microsoft Ireland carefully avoided French taxation (cf ZDNet).

As a citizen, what should we think of a state that does not favor its own economy? Because let’s be clear: if American technology is omnipresent worldwide, it’s also because the American state trusts its technological leaders and signs important contracts with them.

[EM]: What do you think of the real awareness of the challenges of digital sovereignty of our private or public actors?

[DA]: My feeling is that private players are very aware of the challenges of digital sovereignty. For example, we talk with large groups that are worried about the “100% cloud” trend of American software publishers, particularly in areas such as defense, aeronautics and space.

As far as the public sector is concerned, I can’t say whether it’s a question of incompetence or the result of very effective lobbying by the major software and infrastructure vendors.

If initiatives such as PlayDigital France exist, it is because there is a problem…

[EM]: Do you think that Europe and France in particular can catch up with the well-established American giants and the oncoming Chinese?

[DA]: There are subjects where it is too late to become a key player – or at least where it will be very difficult. Artificial intelligence and autonomous vehicles, for example, are subjects where Europe seems to be out of the game because the financial stakes and the accumulated delay are prohibitive.

This being said, Europe in general and France in particular are drivers of innovation on many subjects, especially in the field of free software. But free software is now everywhere.

Financial means and extremely expensive projects are not the only determinant.

[EM]: How is Algoo positioned in this context of digital sovereignty, and what is the originality of its offer?

[DA]: lgoo develops and markets the Tracim open-source software. Our offer is strongly based on the sovereignty of our customers’ services and data:

This transparency and contract of trust allows our clients to withdraw from our services if they are not satisfied.

We are players in an economy of trust.

At a time of massive data exploitation, surveillance and the quest for meaning for a growing number of people, trust is a value that is coming back to the forefront.

[EM]: The French digital ecosystem is rich, but surprisingly it is not very visible, what is the reason for this lack of awareness in your opinion?

But the French digital ecosystem is rich, and it is visible to anyone who wants to see it. Visibility and commercial performance are not necessarily linked.

[EM]: What solutions to counterbalance this lack of visibility?

[DA]: It is difficult for a player such as Algoo to stand back and have an informed opinion on the subject. Generally speaking, grouping allows for greater visibility because efforts are pooled. But before anything else, it seems to me that as long as the State does not do its part by advocating local solutions, it will be complicated to have a visibility equivalent to American solutions.

[EM]: Have you heard of PlayDigital.France ?

[DA]: Yes, that’s right: Algoo is part of the collective in the “Online work and collaboration” category.

[EM]: What is your vision on the evolution of the French digital environment in the next 5 years?

[DA]:  Projecting 5 years ahead is a difficult exercise, especially in a field where we are outdated in less than 6 months if we do not maintain a high level of monitoring.

In terms of collaborative tools, there is talk of the integration of Teams (Microsoft’s collaboration solution) into the next version of Windows. Where does the competition fit in? A year ago, Slack filed a complaint against Microsoft for anti-competitive practices.

The market is tough – a sign that there is a lot at stake.

What will Algoo be in this environment in 5 years? It’s hard to say. The challenge is to be aware of the evolution of the market and to adapt with agility. A player such as Algoo will continue to exist by positioning itself in niches where the market behemoths have no reason to go.

My feeling is that more and more organizations are sensitive to the issue of sovereignty. There is a place to be taken, especially with an ethical approach that respects customers and their data, an approach that by definition will not be in direct competition with the market’s major players.

[EM]: Do you think that we should also reinvest in the field of “hardware” (hardware, chips, etc…)?

[DA]: I don’t have enough knowledge to express myself on the subject.

[EM]: We are coming to the end of our interview, what would be your conclusion?

[DA]: It seems to me that Algoo shares the vision and purpose of the EffiSyn SDS blog: the importance of a sovereign digital strategy.

In 2020, with the health crisis, organizations massively turned to collaborative work solutions such as Zoom, Microsoft Teams, Google Docs, etc. The market has been massively captured by American players.

In 2021, after a year of confinement, forced telecommuting and some massive data leakage scandals, many organizations have understood that the issue was not only to have features but also quality of service, security and data confidentiality, and that this had a cost but also a value.

Thank you, Emmanuel, for this exchange. It is this kind of initiative and the work of popularization done by each of us that allows us to progressively raise the awareness of organizations on the subject of data and tool sovereignty.

The road is long, but the way is clear. 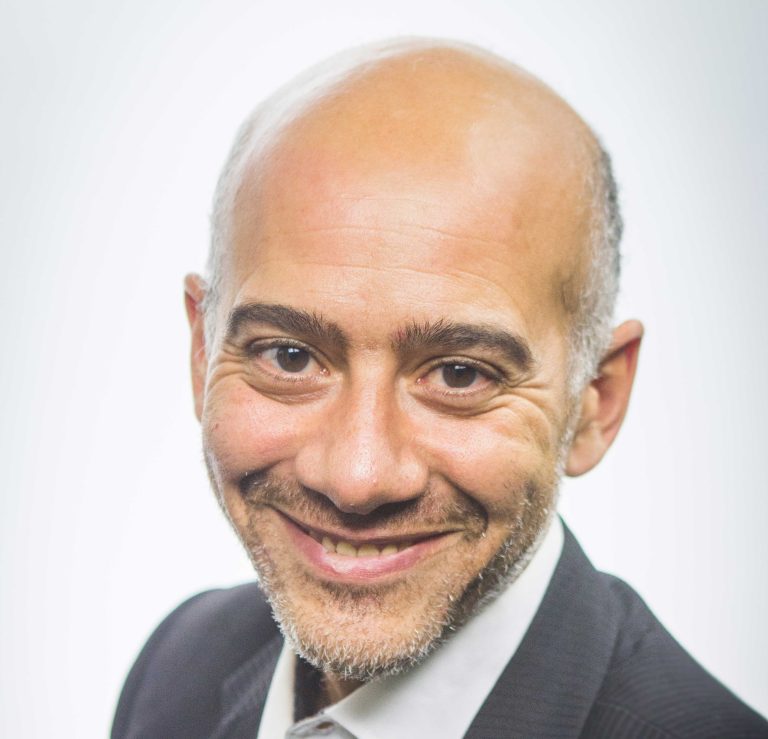 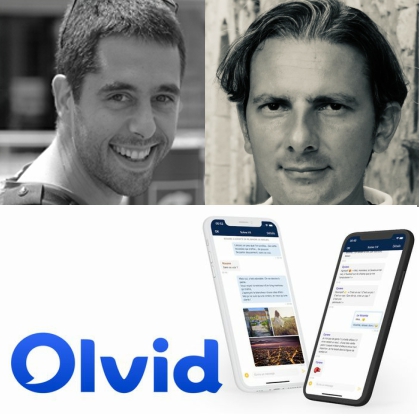 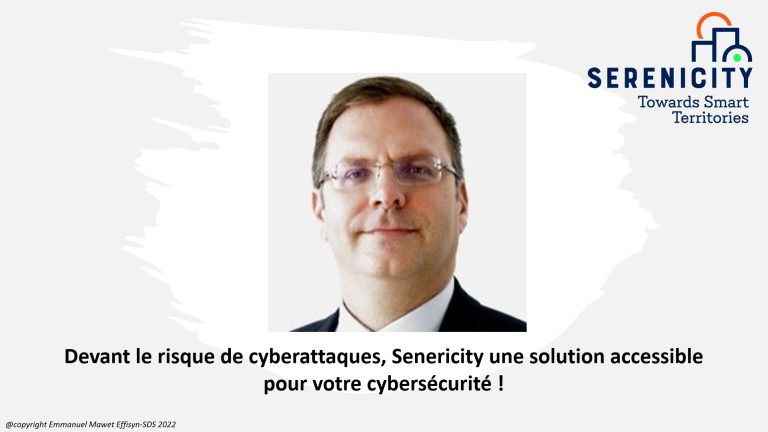 Serenicity the start-up that makes cybersecurity accessible to all