I don’t know if you’ve had a chance to see them, but Meta has been running two ad campaigns on TV media for several weeks now. These two ad campaigns are about two products, one existing, the connected glasses (with Ray-Ban), the other under construction, the metaverse. Both are disturbing. We will try to explore why these two campaigns are disturbing, especially in what they imply without making it explicit.

The theme of connected glasses is not recent, we must remember the commercial failure for the general public of Google Glass, especially given the risks associated with the applications considered (many reservations related to the applications considered, such as facial recognition in connection with the RS, to know the information on your interlocutors …) Google has repositioned itself on a professional use that makes sense (link).

But consumer connected glasses are coming back in a big way through the Meta, Ray-Ban and Essilor Luxottica Group partnership. Meta launched a major advertising campaign featuring eyeglass-wearing characters taking pictures of loved ones or making movies while pointing out that the LED indicated that the recording was in progress, to launch the product in Europe and in France. The question that we can ask ourselves is what makes us believe that the risks of invasion of privacy have fundamentally changed? The advertisement tries to be reassuring by indicating that a MicroLED (red?) allows to know when the person wearing the glasses is taking a picture or filming… Do you think that in a crowd or in an important assembly you will be able to determine if you are being filmed and who is filming you?

Moreover, given the general conditions of use of Meta (Facebook), will these photos or videos really be the property of the person who filmed them, or will they become the property of Meta, which will thus be able to monetize them at will, or allow fraudulent uses by authorizing Clearview to retrieve them? The latter has just been condemned by the CNIL (French National Commission for Information Technology and Civil Liberties) to a fine of 20 million euros, and has enjoined the company to delete the data concerning French citizens (Link)…

I am very worried about the direction we are taking and the society of continuous surveillance, is it really towards this Orwellian world we want to go to? Think about what totalitarian ideologies like ecologism or wokism that want to abolish the border between private and public could do with such a tool at their disposal… Think about what a world without privacy would be like… How to make sure that we can’t be easily filmed without our knowledge? This risk is already present with the arrival of smartphones, but it will only be multiplied with the arrival of these glasses.…

This is the second part of these advertising campaigns launched by Meta. In this case, it’s more about making the future “customers” of the metavers’ mouths water. Indeed, the product as such does not exist, and Mark Zuckerberg was mocked during the launch of the Horizon metaverse in France and Spain because of a rather limited graphic design, to put it politely (Clubic – 22/08/22). But if it makes you smile, the content of the advertisement forces you to ask yourself several questions.

Publicity highlights the possibility of accessing virtual campuses and lecture halls, but are they really a good way of teaching? What interactions between the teacher and his students and what interactions between the students themselves? What impact would an increasingly virtualized education have on the training of our children’s brains? As we know, handwriting has an unequalled efficiency in the capacity to learn, to understand and to step back. What will become of generations of zombies fed with virtual?

The other example, always in the educational field, is that of students or pupils who attend a historical moment virtually reconstituted the speech of Marc the Roman as if you were there… Very seductive at first sight, how better to illustrate these historical moments, than by walking through a battlefield with Napoleon who gives his orders?

However, the first objection that comes to my mind is whether this immersion in virtual reality allows one to receive the teaching with all the necessary distance and questioning. Is there not a risk of making events, which can be perceived differently according to the times and the historians, suddenly become absolute reality? Here again I think of the damage that could be done by the woke ideology in its will to rewrite and reinvent history… Once again an Orwellian abyss opens before us!

The last example given is the possibility for surgeons or doctors to train themselves… Innovative idea, right? The only problem is that it exists. Such augmented reality software already exists and transforms the surgical approach and the training of surgeons (InSimo, French company) and we have companies that have developed virtual reality surgery solutions that are less invasive, more efficient (Pixee, a French company or P3D, Portuguese company). On this aspect, the metaverse is anything but innovative!

And the criticisms that can be made about the metaverse do not stop there, here are some of them, this list being far from being exhaustive! We can wonder about the carbon footprint of the development of such virtual universes, taking into account the high calculation capacities… There is always with Meta, the question of the collection and protection of personal data, can you imagine the volume of these that could be collected by Meta via your avatar and its behavior in the metaverse? Would it be unique and therefore monopolistic, or would it be interoperable with other metavers and how would the passage from one to the other be done?

There is of course the question of cybersecurity, how to ensure an adequate level of protection in the face of the scale of this virtual world?

Another practical question, which is not only relevant to the metaverse, is whether borders can and should exist in this virtual world. Can states still have a regulatory capacity?

The unreasonable fear that we can have in front of this digital evolution is the place of man in reality and his relationship with reality and nature. Are we heading towards these worlds described by the cinema or the anticipation novels, like The Matrix or Ready Player One? Can we really consider that it is a progress?

These two advertising campaigns raise questions and concerns. Should we go in one direction, simply because technologically it is possible, or will it be in the short term? Once again, we have the question of the red lines, can they be drawn and maintained? These two projects, along with Elon Musk’s crazy project of the neural interface, what is the risk to come out of it, towards which world do we want to go? Can we still consider other alternatives, or will things be done because they can be done, regardless of the ethical issues? This question was raised by Jacques Ellul, and it still seems to me to be a very topical issue! 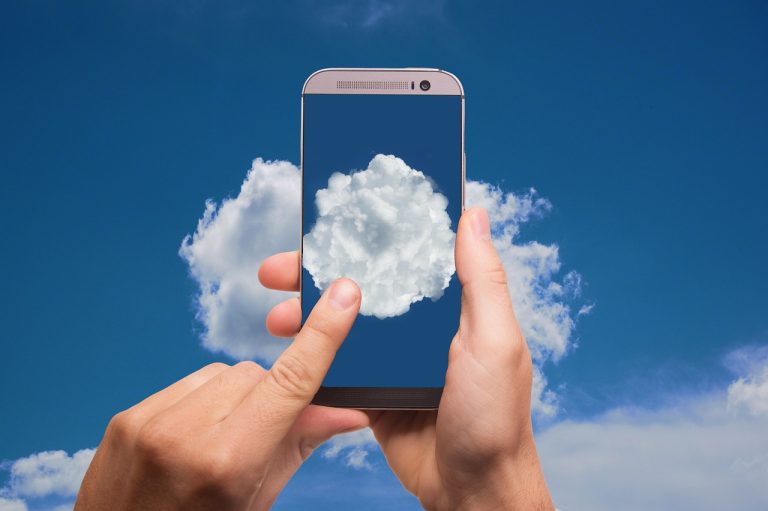