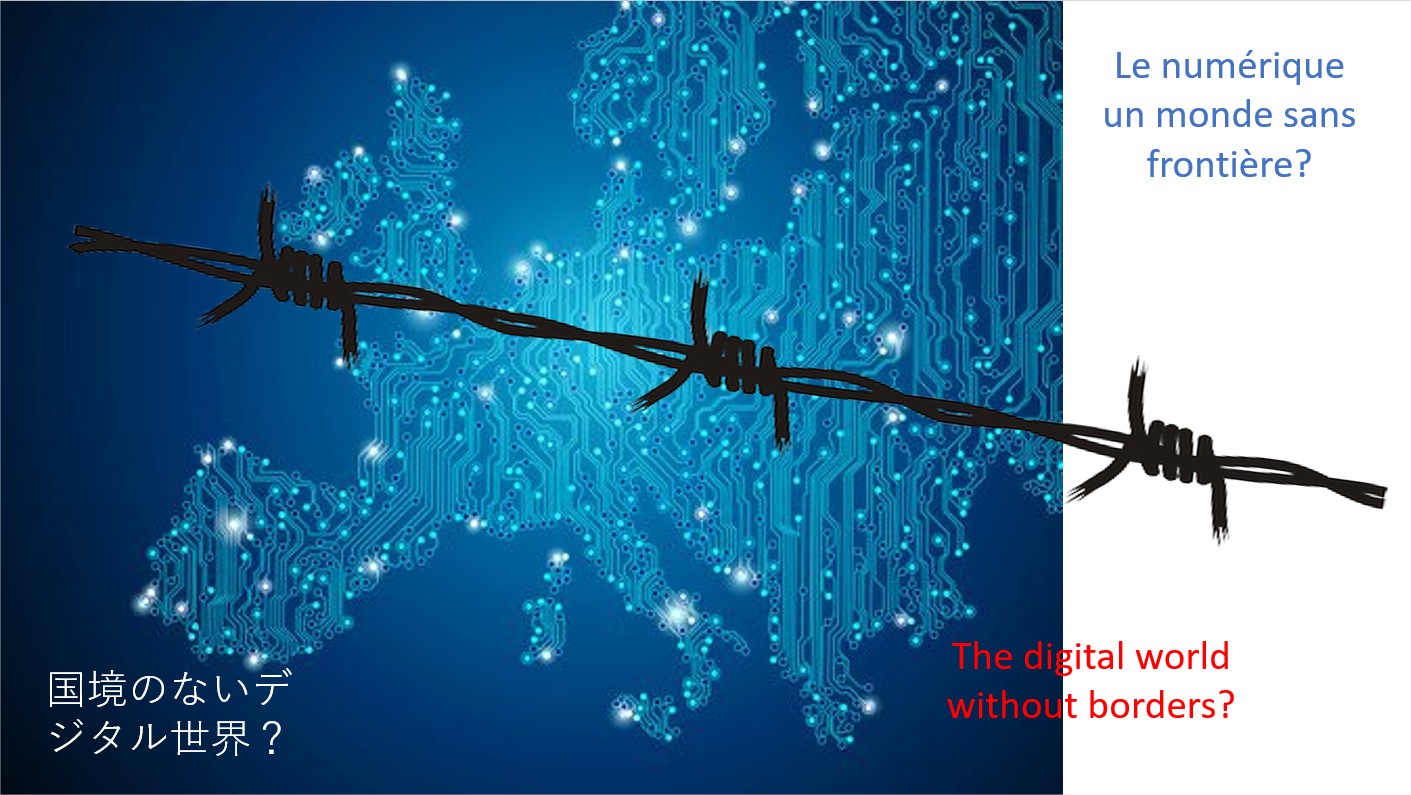 The digital world without borders ?

Digital technology has changed our lives, often much more than we realize. The American digital giants (but also the governments) sold us a myth that resonated with our Christian values and our human rights culture, that of happy globalization. And in this post-historical world (according to Francis Fukuyama’s theory that with the end of the cold war, it is the ideological victory of democracy and liberalism over other political ideologies…), borders no longer existed, people came and went, in an immense economic and cultural enrichment.

And this vision is partly true, in any case we have to admit that in the western world, the American digital giants have a cross-border influence, and their economic power has not stopped growing, until they are welcomed as heads of state. And why not when Google is valued at nearly 1200 billion dollars, when the budget of France is 311 billion Euros.

The border, how to define it? A vast subject, I encourage you to read this very short treatise by Régis Debray “Eloge des frontières” (Folio edition) that I find particularly relevant. We find there the important concept of what is fundamentally a border, it is a separation between two worlds, the inside / the outside. One of the first borders that concerns us all is our house, which is the separation between our private space and the outside… The same goes for other aspects, the sanctuary draws a border between the common and the sacred, etc… Borders are essential to our functioning as a social animal, so we can ask ourselves if the will to create a world without borders is even possible.

So border or no border in the digital world?

This is the question we have to ask ourselves. And the answer is both simple and complex. Indeed, if we look at our approach to digital, and if we focus more particularly on the American digital giants, the answer for France and more globally for Europe (including the British) is no, there are no borders. We are in this liberal world, where somewhere: “it is forbidden to prohibit!

However, if we look at what is happening on other continents, the music is of course slightly different. Let’s take China for example, it has been able to set up borders, and in particular to impose on American players, if they wanted to access their digital territory, to comply with the Laws and Rules of this territory. I don’t make any judgment on the nature of this political regime.

Other countries have implemented less extreme strategies than China. Russia, for example, has developed a web that can function in total decoupling with the net controlled by the Americans, by developing an almost complete ecosystem of platforms and independent services (Le Monde-Diplomatique – Août 2017). It is true that these two regimes are, at best, autocratic and, at worst, totalitarian. However, we would be wrong to think that, under this unique pretext, the strategies and means they have put in place to protect their digital territory could not interest us…

And if we put digital borders in Europe or in France?

To answer this question, you might be thinking, “Why would setting up digital boundaries be of any use? What if we turn the question around: why not set borders, and what are the consequences of not having them?

First of all, the fact of not wanting to apply “borders”, prevents from imposing a certain number of rules, which the #gafam are currently evading, but it is more than likely that this phenomenon will be repeated with the Chinese, like #tiktok…

One of the first rules I can think of is that any social network could be required to have a publication director who could be criminally attacked for any publication that does not comply with our regulations. In case of refusal, the banishment of our digital space would be the answer…

In the same way, we could impose a tax on any data transfer outside France or Europe. And once again, in case of non-compliance, the domain name of the offenders could be banned from our digital space.

In this “territorial” digital space, our laws would be the ones that would apply, the objective being to fight against the disproportionate power that the digital giants have taken. Of course, I’m only touching on the broad outlines, then we have to get into the details, where the devil is hiding…

This approach has at least the merit of being able to rebalance the hegemonic power of the digital giants, especially the Americans, and their Chinese counterparts, who raise the same questions.

Protecting our borders, including in the digital space, is to ensure the security of our citizens, it is to protect our cultural identity, by controlling trade, it is also the possibility of setting up customs barriers and changing certain rules of taxation, which allow the digital giants to escape the taxations that apply to all other areas of economic activity…

Digital boundaries for when?

Alas, if what I have just described in this article is feasible on paper, its implementation would first of all require a political and normative will, but I can only observe that this is absolutely absent, if only in the other dimensions of economic and cultural life…

Absolute freedom does not exist, we live in a constrained world, but we have the possibility to create a community of views and common values, and this is what nations are, so it is not illogical to imagine that the digital world bends to the rules that govern our nations and thus allow the existence of different cultural identities which are so many riches that it would be absurd to deprive ourselves of.

This regulation could only be beneficial, and I can’t help thinking that such an approach would allow us to rebalance our relationship with these giants, by allowing for example the emergence of important players in France or in Europe, but I fear that our ruling elites have viscerally integrated our vassal relationship with the United States, and are thus unable to even imagine actions to get out of this state.